Chill Tech Solutions have already been proud sponsors of Lyndon Poskitt 2013 Dakar Rally.  It was Lyndon’s first ever Dakar, the Dakar rally is known as the most arduous competition rally in the world. 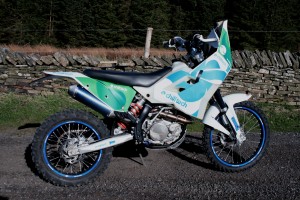 Chill Tech Solutions MD Kurt Burroughs has been riding himself since he was a teenager and follows the rally annually , a chance to sponsor a British Dakar rider was one that he could not turn down. 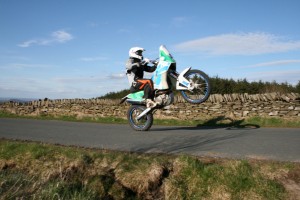 After the success of the rally, Kurt and Lyndon continued to work together joining their engineering skills from the Air Conditioning industry and Lyndon’s experience and skills to build a replica rally bike sponsored by Chill Tech Solutions.

The chosen bike is a KTM 450 and to be used  for future desert rallying.  The next planned trip is in the Sahara Desert later this month.

Chill Tech are delighted to continue to support Lyndon in his 2014 Dakar Rally challenge, after his fantastic results from the 2013 Dakar Rally.

Chill Tech Solutions send a big thank you to Lyndon Poskitt for his help and support. 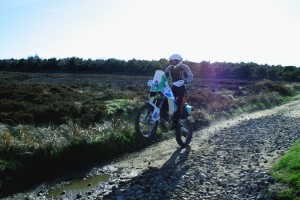